You Should Have Bought Stamps

People are usually wrong about what is correct to do financially. For example, “common knowledge” is that a Savings account is the safest place for your money, and the few people who do have savings in our country probably have it sitting in one of these accounts. But look at the Interest Rates. Right now ING, one of the higher paying banks, pays 1%. My local bank, PNC pays .02%. Yes you read that right. Interest rates are so bad, I did a little math, and it turns out that if you had invested your savings in Forever postage stamps when they were first issued in 2007, and sold them today for the current price of a stamp, you would have came out ahead of using a savings account! 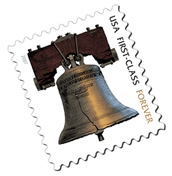 How is this possible? Well first, the current rate of inflation in the USA is around 3%. So you should know that any investment getting less then 3% is essentially losing you money. The price of stamps, like everything else has had to increase because of inflation. Something that is interesting though is that the Government started issuing Forever stamps in 2007. You buy these for X and they are usable forever as valid first class postage. From that point on, these essentially became an asset that gains value instead of a fixed priced asset.

Just for kicks I did the math and figured out that if you bought 10,000 Forever stamps at a cost of $3900 in 2007, you would be able to resell those today for $4400. On the other hand if you decided to put $3900 into an ING Savings account, you would only have $4314 now. And ING pays considerably more then most local banks do! Note that in 2007 ING paid 4% interest. If it had paid 1% all along, Stamps would have been a much better investment.

My math is below if you are interested. Do not construe this as financial advice, talk to your financial advisor about Postal Stamps before investing.