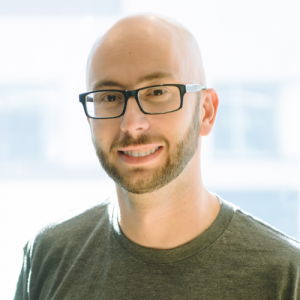 I’ve been creating consumer and business software products since 1996.

Starting with one of the first used car websites on the Internet, which grew to be the #1 result for the term “used cars” on the #1 search engine (Yahoo!) in 1999, I learned that thinking about growth throughout the product cycle is the most important thing you can spend time on. I later used this knowledge to create the first social beer app, Beerby, which went viral and was acquired in 2012, and one of the top personal finance products which grew to a profitable company with over a quarter of a million users.

I love public speaking and have been featured on LifeHacker, TechCrunch, NPR, US News and World Report, Women’s Day, TechCocktail, Netroots Nation, Grow.co, and hundreds of local and international publications.

I most recently led product management for Nowait, a dining app used by million of users, and frequently ranked #2 in the Food and Drink app charts (only behind Starbucks) and now work as an advisor to growth stage startups.

I’m on the Twitters @jamespanderson and if you’re interested in working together I’m: phil at 2see.com